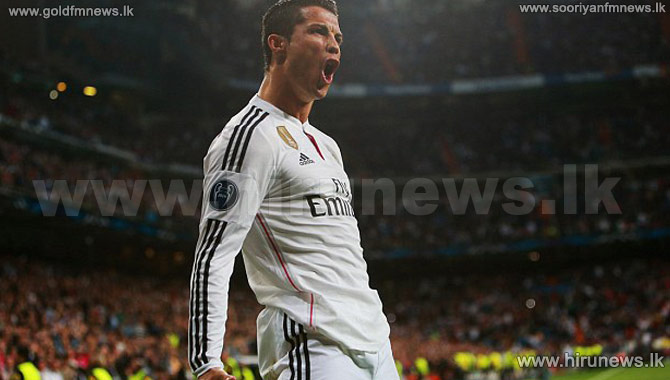 Cristiano Ronaldo now has more than 107million likes on Facebook

Cristiano Ronaldo may be enduring a sticky patch on the field with Real Madrid, but things look to be going swimmingly off it.

The reigning world player of the year is now the most popular figure in the world on Facebook. The Portuguese superstar has surpassed singer (and wife of Barcelona’s Gerard Pique) Shakira to take the number one spot.

Ronaldo now has more than 107million likes and as it stands is around 5,000 clear of the Hips Don’t Lie songstress.

Real Madrid - Ronaldo’s own club - limp in at 11th with 83million likes, one place behind perennial rivals Barcelona.

No athlete in the world comes close to Ronaldo, with Lionel Messi the next most popular sportsman down in 13th place. His total of 78million falls well behind the Real Madrid marksman.

It’s not only on Facebook where Ronaldo dominates. He’s also the number one followed athlete on Twitter. His total of more than 34million followers puts him over a million clear of his nearest competitor who is, surprisingly, one Ricardo Kaka.

Ronaldo may be dominating social media, but he and his team certainly aren’t dominating on the pitch. The ex-Manchester United winger was far from happy with his side's latest defeat to Schalke in the Champions League last-16.

Despite progress to the quarter-finals on away goals, Ronaldo has vowed not to speak to the media. 'I won’t talk again until the end of the season,' Ronaldo told reporters. (Daily Mail)