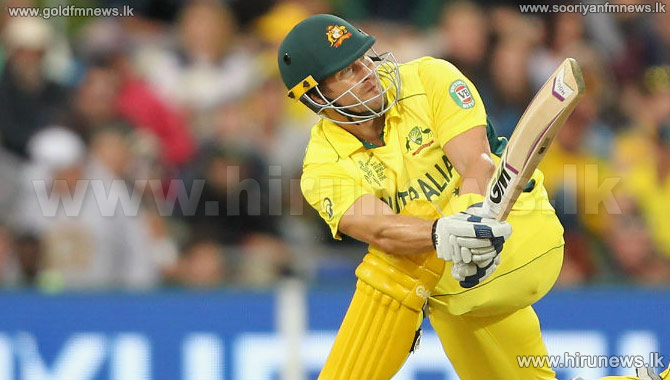 Mitchell Starc took four wickets for just 14 runs before Australia defied the rain to make quick work of Scotland's score of 130 in 25.4 overs to claim a seven-wicket win in their final Pool A match Saturday.

Player of the match Starc took the first and last wickets of the Scotland innings, starting with opener Kyle Coetzer in the third over for 0.

Australia won with 133-3 in only 15.2 overs to finish second to fellow World Cup host New Zealand in Pool A, while Scotland has lost 14 straight World Cup games.

"We're done and dusted with the group stages. We're looking forward to the knockouts," Starc said.

Australia made a quick start to its chase with Aaron Finch — opening the batting with Captain Michael Clarke in a reshuffled lineup — smashing 20 runs off 10 balls before lofting a drive off Rob Taylor to Freddie Coleman at cover.

Shane Watson was caught behind off Josh Davey for 24.

Clarke made 47 before falling to an athletic diving catch by Michael Leask at the deep square-leg boundary off a delivery from Iain Wardlaw to usher in the dinner break.

After rain delayed the resumption of play by more than an hour, new batsman David Warner wasted no time showing his intent by smashing a six and a four off his first two balls.

Warner made an unbeaten 21 off just six balls with two fours and two sixes to close out the match with James Faulkner 16 not out off six balls.

"Fortunately we got enough time. Credit to the way the boys played. It's always nice to win," Clarke said. "I don't think there's any better preparation for a quarterfinal."

After dismissing Coetzer, Starc then ended Calum MacLeod's quick-fire 22 off 19 balls with a short ball that lofted to Warner at backward point to make the most of Clarke's decision to send Scotland in after winning the toss.

Preston Mommsen was out for a duck in the next over off just his second ball, offering a top edge off Watson's bouncer to Starc at backward square-leg.

"We take a huge amount of positives from the past six games," Scotland captain Mommsen said. "The more we've played, the better we've gotten. We leave the World Cup a much stronger team."

Coleman faced just seven balls before he was out for a duck off Johnson, caught by a diving Clarke at second slip.

Glenn Maxwell then had Ritchie Berrington out first ball when he offered an edge to Warner that left Scotland reeling at 72-5.

Matt Machan top-scored with 40 off 35 balls, including six boundaries, before he sent a short delivery from Pat Cummins (3-42) to James Faulkner at long leg. Cummins then claimed Matt Cross three balls later, caught behind for 9.

Cummins took his third wicket when he had Rob Taylor caught behind for a duck.

Starc finished the Scotland innings immediately after a rain delay of 25 minutes when he bowled Davey for 26 and Wardlaw for a duck two balls later. Leask (23) was not out at the end of the innings. (ESPN)