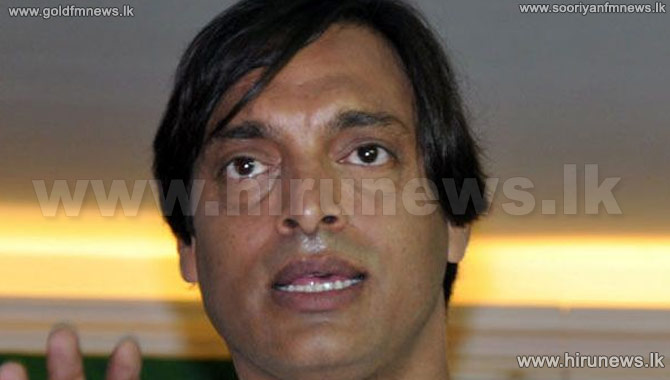 Shoaib Akhtar is back in action, not on the field, but via a video featuring him bashing the Pakistan cricket team.

The video created by 'Pinch n Punch' is a remix of Akhtar's comments about Pakistan cricket team's below-par show in the ongoing World Cup.

The temperamental Pakistan pacer slammed his national team after they were thumped arch-rivals India for the sixth time in the World Cup. He termed skipper Misbah ‘selfish and coward’ and questioned Waqqr Younis’s credential as team’s coach.

The speedster then appeared on an Indian TV show and took another dig at his national team. While he joked how Misbah, Younis Khan and Shahid Afridi’s age adds up to 150, he was nasty when he discussed former PCB chief Ijaz Butt.

His remarks did not go down too well with the Pakistan cricket fraternity and fans back home. (Deccan Chronicle)