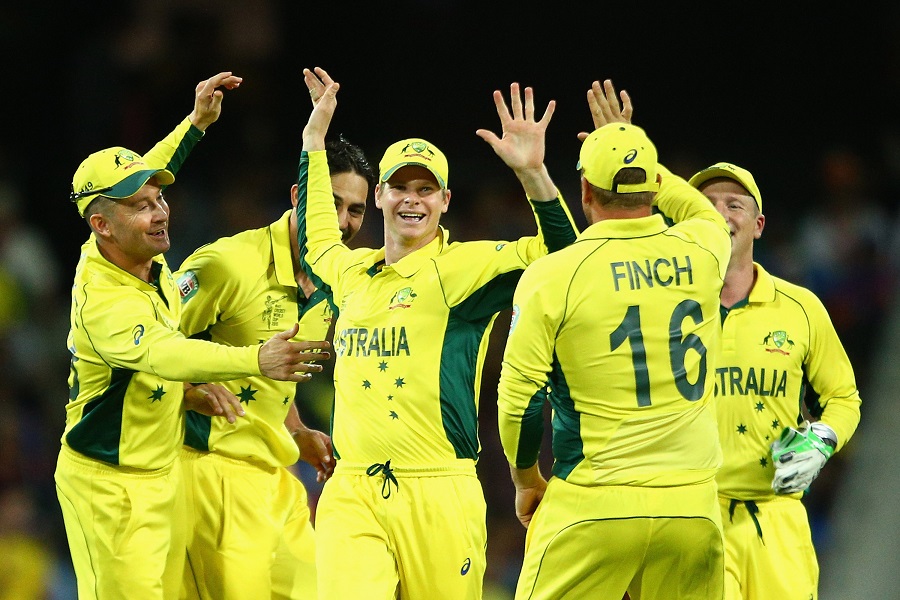 Australia won the second semi final against India by 95 runs today, at the Sydney Cricket ground.

25-year-old Steve Smith who was adjudged the player of the match, hit a sublime century, with 11 fours and two sixes as he made 105 as the co-hosts posted a daunting 328-7, despite suffering a mid-over collapse.

India’s response never materialized and although MS Dhoni made a run-a-ball 65 Australia always looked in control with Mitchell Johnson 2 for 50, and James Faulkner 3 for 59, bowled India out for 233.

The finals will be played between the two hosts nations Australia and New Zealand on the 29th Sunday.