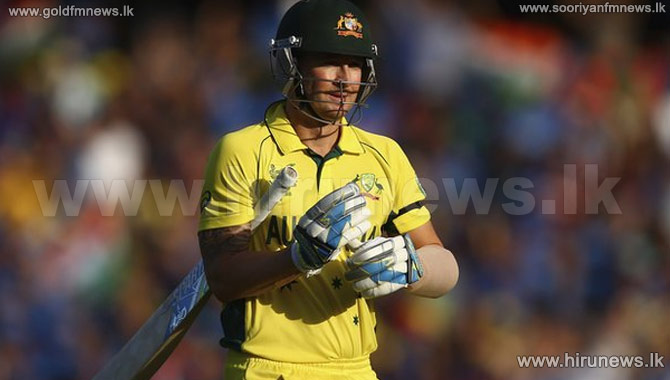 Australia captain Michael Clarke says losing to New Zealand in the group stage of the World Cup was a "kick up the backside" his team needed.

Clarke's side lost by one wicket to the Black Caps but will meet them in Sunday's final after a 95-run semi-final win against India.

Australia were bowled out for 151 in Auckland on 28 February, but fought back to such an extent that New Zealand's Kane Williamson had only last man Trent Boult for company when he hit a six to seal victory.

The Kiwis are unbeaten, having played all of their matches in New Zealand. Now they must travel to Melbourne for the final.