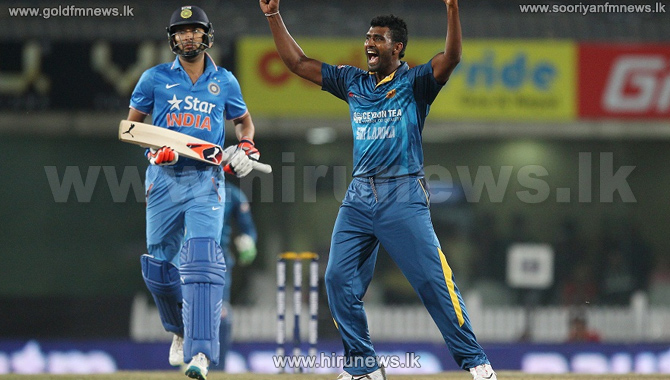 Team Sri Lanka lost by 69 runs at the second T20 international match held in Ranchi yesterday despite Thisara Perera’s hat-trick in the 19th over. The match was held at the JSCA Stadium where the team struggled to fight their dominant opponents.

India scored 196/6 with Shikar Dhawan scoring 51 in 25 balls and other players contributing to their winning total.

Meanwhile, SL’s Perera took out Pandya, Raina and Yuvi in a hat-trick wowing the crowd.

However SL was only able to secure a score of 127 in nine wickets of the 20 overs. Chamara Kapugedara scoring the highest for the team got 32 runs.