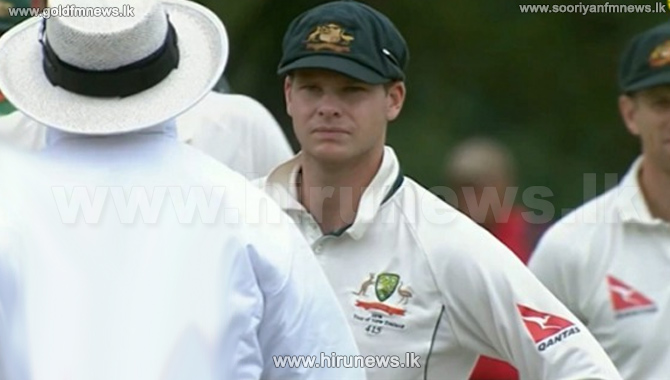 Australia captain Steve Smith has been fined 30 per cent of his match fee by the International Cricket Council for his exchange with on-field umpire Ranmore Martinesz in the second Test in Christchurch. Smith pleaded guilty to a charge of dissent handed down by the ICC following the heated incident in the seven-wicket win at Hagley Oval, with the governing body dtermining the Australia captain broke the Code of Conduct by "showing dissent at an umpire’s decision during an international match".

The incident happened in the final over before lunch on day four when third umpire Richard Illingworth confirmed Martinesz's not out ruling to an lbw appeal against Black Caps batsman Kane Williamson.

Smith called for a review when Martinesz turned down the Australian's appeal, with Hot Spot indicating the batsman had edged the ball onto his pad.

Smith said he felt it was within his rights as the Australian captain to query why the third umpire had not used the Real Time Snicko technology available to him, foreign media reports.