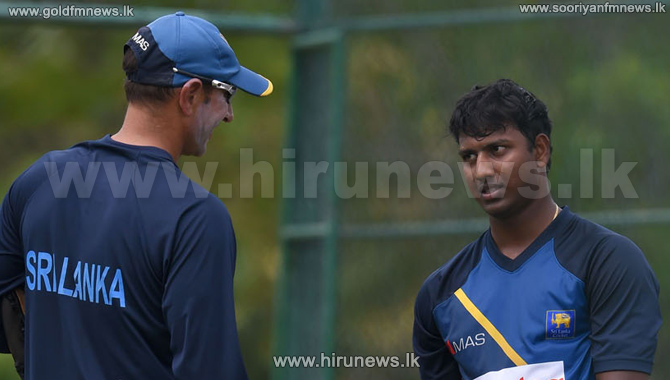 Trees at Dambulla International Stadium was cut due to inconveniences caused to spectators, after 70-80 people climbed on to them to watch T. M. Dilshan play during his final one day match.

It is reported that one tree was completely cut off, while the branches of others were axed.

Fans have broken into the ground after tickets were sold out during the previous game. Officials said special security will be in place today to avoid such incidents.

Meanwhile, Sri Lanka called up all-rounder Sachith Pathirana to replace the retired Tillakaratne Dilshan for the 4th One Day International against Australia today.

Pathirana has played 3 ODIs, but his last match was more than a year ago, making limited success, scoring 33 runs and taking 3 wickets with his left-arm spin.

Dilshan retired from ODI cricket after the 3rd match last Sunday, with 330 matches and 10,290 runs.

Australia leads the five-match series 2-1 and can seal the series if they win the fourth game in Dambulla today.