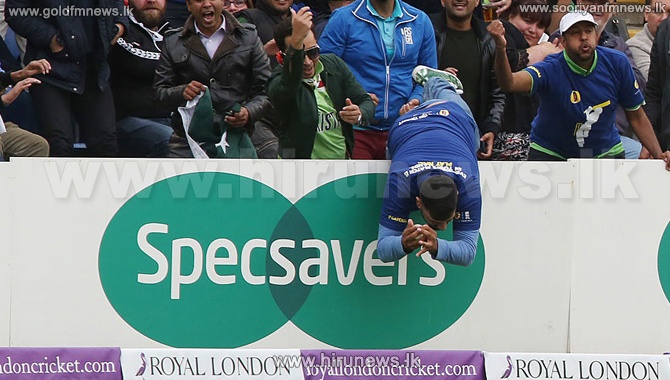 A Pakistan supporter pulled off a blinder in the crowd, plucking a one-handed catch out of the air as Sarfraz Ahmed cleared the ropes off a Chris Woakes delivery.

Ben Stokes had little option to give the catch up for dead as it beat him on the rope but this particular fan was having none of it, leaning over the boundary hoardings to cling on despite toppling forward to the turf.

He duly celebrated the supreme take and won a high-five from Stokes for his efforts.

His jubilation was understandable as the catch won him a trip to Australia courtesy of a fan-catch promotion.