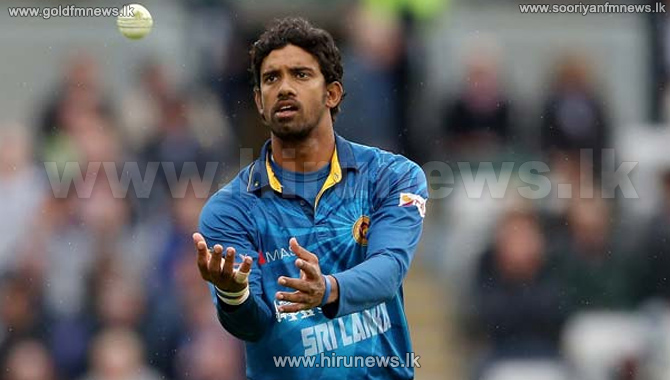 Off-spinner Sachithra Senanayake has been fined 30 per cent of his match fee for breaching the ICC Code of Conduct during the opening Twenty20 International against Australia in Pallekele yesterday.

Senanayake was found to have breached Article 2.1.7 of the ICC Code of Conduct for Players and Player Support Personnel, which relates to “using language, actions or gestures which disparage or which could provoke an aggressive reaction from a batsman upon his dismissal during an international match”.

The incident happened in the fifth over of Australia’s innings when Senanayake, after dismissing David Warner, made remarks which could have provoked a reaction from the Australia captain.

After the match, Senanayake admitted the offence and accepted the sanction proposed by Javagal Srinath of the Emirates Elite Panel of ICC Match Referees.