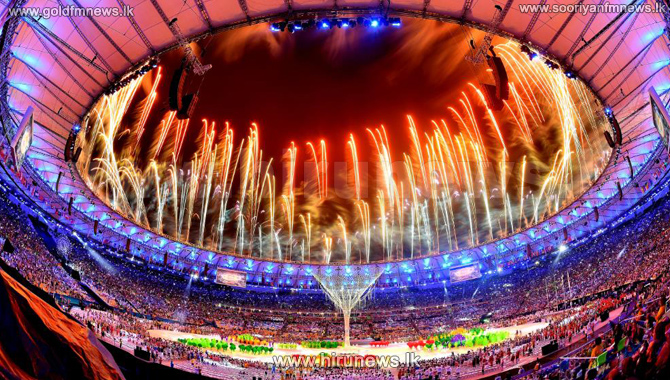 Thousands of performers were involved either side of the two-hour procession of competing countries at the Maracana as the 2016 Paralympic Games opened in Rio de Janeiro.

Competition begins on Thursday, when Britain's Dame Sarah Storey can become the mo The opening ceremony began with American Aaron "Wheelz" Fotheringham, in a wheelchair, jumping from a massive ramp from the Maracana stands and performing a back flip through a giant ring.

The Brazilian national anthem was played on the piano by Carlos Martin, whose right hand is severely disabled, before the parade of athletes, with the loudest cheer of the night reserved for competitors from the host nation.

Each nation carried a piece of a jigsaw, which bore the name of their country on one side and faces of competing athletes on the other.

Once completed, the jigsaw was adorned by the faces of every competitor at the 2016 Games. All of the faces came together to form a beating heart, which began beating in time to the music.

One of the most striking parts of the ceremony was when bright lights temporarily 'blinded' the crowd to try and show spectators the reality Paralympic athletes face, forcing them to rely on other senses such as hearing.