Kapugedera speaks about the defeat to Australia- [Video] 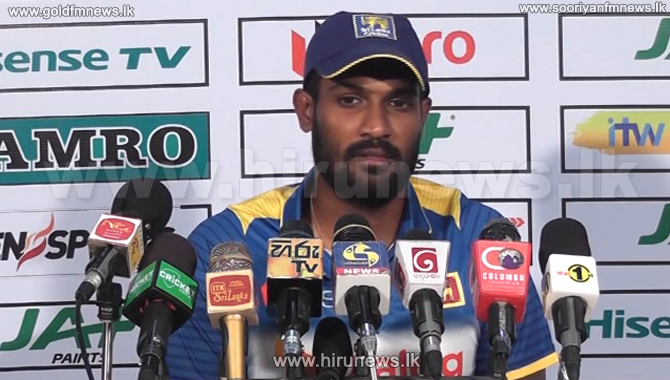 During a press conference Chamara Kapugedera spoke about the defeat to Australia. He said Maxwell’s batting ruined their plan to win the match.

Australia allrounder Glenn Maxwell revealed he had been eyeing up the opening position for some time after he hit a 65-ball 145 not out from the top of the order to lead Australia to a record T20 score in their 80-run win over Sri Lanka.

Kapugedera said they did not lose the match as a result of batting by the home team.

Watch the interview below..