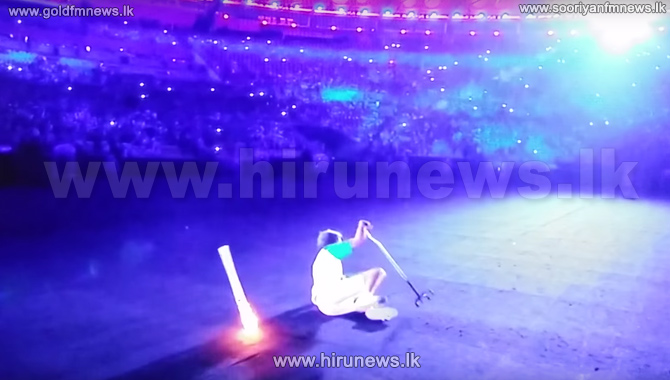 Great Britain is following with 56 medals and Ukraine is on the third with 49 total medals.

Meanwhile, at the 2016 Paralympics Opening Ceremony in Rio on Wednesday night, one athlete showed all those watching what the games are all about.

Marcia Malsar, a 1984 gold medalist – who was the first Brazilian ever to win gold at the Paralympic Games – was carrying the torch at the Maracana Stadium when she slipped on its rain-soaked floor and fell.

Malsar, who had been walking with the aid of a cane, quickly pulled herself back up as officials rushed to her aid. Once up, she smiled and waved at the audience, finishing her portion of the iconic torch relay.

The tens of thousands of attendees exploded into cheers and applause – while the Internet quickly praised her for her "never give up" attitude.

She then passed the torch on to Ádria Santos – a former visually impaired runner. Clodoaldo Silva, a Brazilian national hero and six-time Paralympic champion, finishing the relay and lit the cauldron.