Stan Wawrinka deserves to be in 'big five' - Novak Djokovic 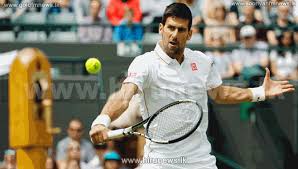 But world number three Wawrinka, who said he was crying with nerves before the final, insisted he was "really far" from the 'big four' of Djokovic, Andy Murray, Roger Federer and Rafael Nadal.

That illustrious quartet has won 42 of the past 47 Grand Slams, though Wawrinka now has the same number of major titles as Olympic champion Murray.