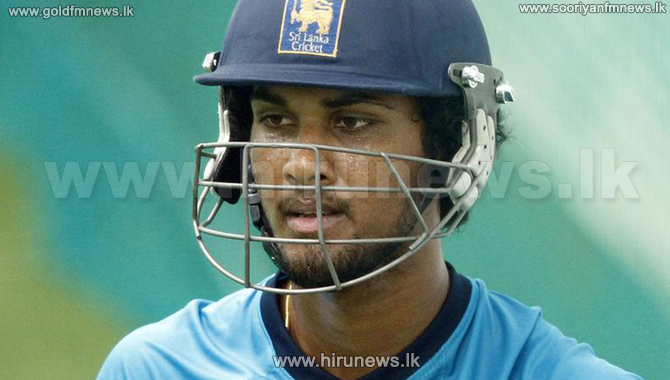 Reports indicate, that Dinesh Chandimal will be unable to play cricket for a period of one month, due to the injury caused to his right hand thumb.

He was injured during a mercantile cricket match, which was played on Saturday at Katunayaka.

Subsequent to the accident, Chandimal was hospitalized and underwent a two hour operation on his right hand thumb.

The doctor then made a statement revealing that he will be unable to play cricket for at least one month.

Sri Lanka is scheduled to tour Zimbabwe from October to November this year. The tour consists of a series of 2 Tests, 3 ODIs, and a single T20 international.