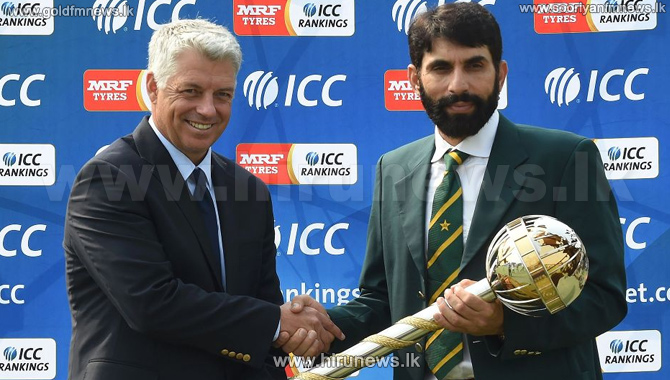 Pakistani skipper Misbah-ul-Haq today received the prestigious Test Championship mace for inspiring his side to the top of the Test team rankings for the first time since the introduction of the current rankings system.

The International Cricket Council Chief Executive David Richardson presented the mace to Misbah at the Gaddafi Stadium in Lahore and the skipper said it was befitting that the mace presentation was taking place at the home of Pakistan cricket.

Pakistan is only the fifth side after Australia, England, India and South Africa to top the Test rankings, while Misbah is the ninth captain to lift the mace after Steve Waugh, Ricky Ponting, Michael Clarke, Steve Smith, MS Dhoni, Andrew Strauss, Graeme Smith and Hashim Amla.