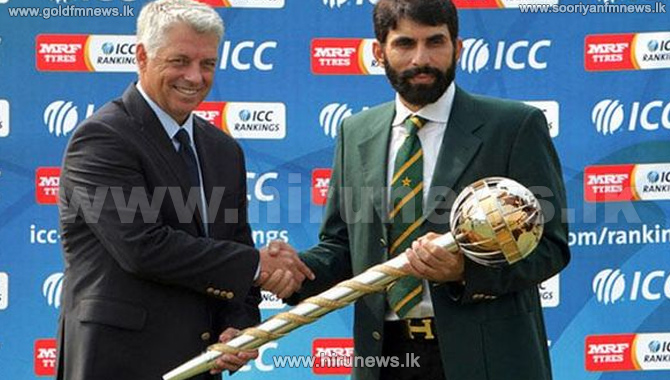 He also said that it was ironic his team's rise to No. 1 in the ICC rankings had to be accomplished without home-crowd support.

The ICC chief executive David Richardson presented Misbah with the Test mace at Gaddafi Stadium in Lahore yesterday, after Pakistan had risen to No. 1 for the first time since the current Test rankings were introduced in 2003.