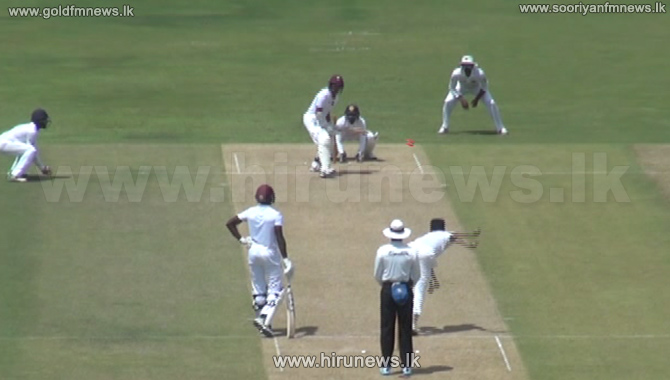 On the debut of pink-ball cricket at the R. Premadasa Stadium West Indies A stumbled on either side of a substantial fourth-wicket partnership between Shamarh Brooks and Vishaul Singh to fold for 276 against the hosts' A team.

West Indies A were immediately put under pressure after opting to bat, as dropped Test opener Rajendra Chandrika's poor form continued. He was trapped in front by Lahiru Kumara, who had spearheaded the Sri Lanka Under-19s pace attack on their recent tour to England.

Vishaul Singh (96) found himself doing the rescue act twice, coming in at 56 for 3 and putting on 125 for the fourth wicket with his captain Shamarh Brooks, before a second collapse led West Indies to losing three wickets for four runs.