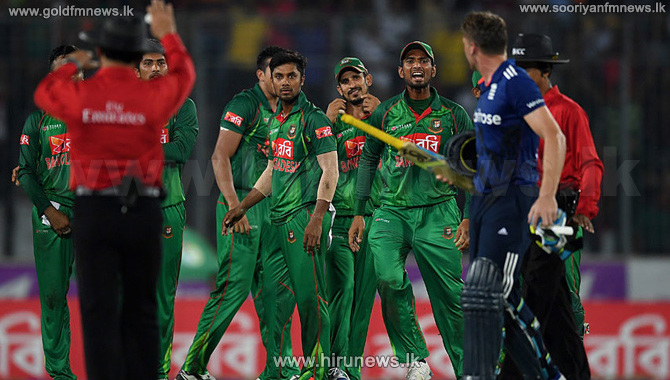 Skipper Jos Buttler was "disappointed" by Bangladesh's pointed celebrations of his dismissal in England's 34-run defeat in Dhaka.

The umpires intervened in the confrontation which followed the dismissal as several fielders approached Buttler.

Bangladesh captain Mashrafe Mortaza, who earned the man-of-the-match award for taking four for 29, said both sets of players needed to show self-restraint.

Watch the highlights of the event below..