England will not back down', warns Bayliss following Buttler confrontation 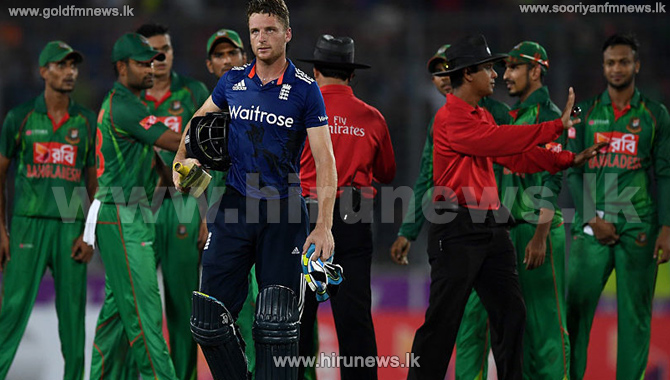 England's coach, Trevor Bayliss, has said that his players "will not back down" in the event of further confrontations, following Jos Buttler's heated argument with Bangladesh's fielders during the 2nd ODI on Sunday

Buttler was reprimanded by the ICC match referee, Javagal Srinath, while two Bangladeshis - the captain Mashrafe Mortaza and Sabbir Rahman - were fined 20 percent of their match fee for "using language, actions or gestures which … could provoke an aggressive reaction", following Buttler's dismissal in England's 34-run defeat at Dhaka.

Bayliss said he did not encourage such behaviour from his players, but added that England would not be changing their ways ahead of the series decider.