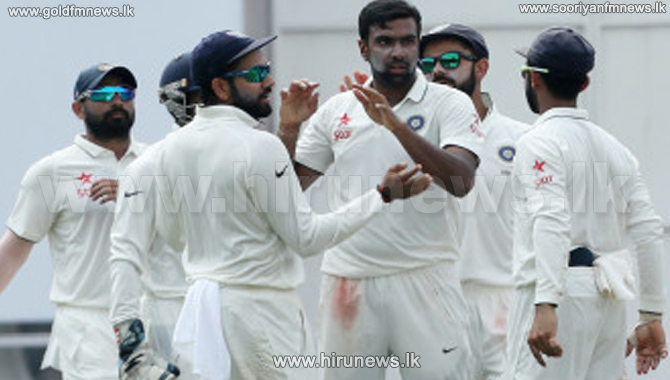 Resuming on 28 for no loss in reply to India's huge total of 557 for five declared, New Zealand made a flying start with Martin Guptill (72) and Tom Latham (53) featuring in the first century opening stand of the series.

Ashwin triggered a spectacular batting collapse in the second session, however, and the touring side needed a defiant 71 from Jimmy Neesham to reach 299 all out.

India, who hold an unassailable 2-0 lead in the series, decided against enforcing the follow-on and were 18 for no loss - an overall lead of 276 - at the close in Indore.