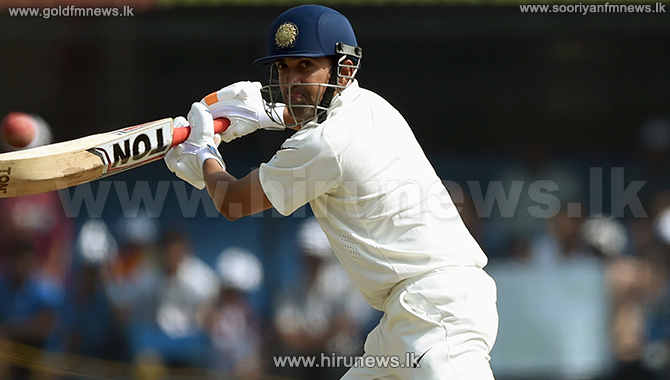 India set New Zealand a target of 475 to win the Indore Test, declaring almost immediately after Cheteshwar Pujara reached his eighth Test hundred just under an hour from tea on the fourth day.

With the pitch continuing to offer little undue assistance to the bowlers, India gave themselves a four-and-a-half sessions in which to try and bowl New Zealand out again.

Pujara, batting on 50 off 98 balls at lunch, sped away in the second session, scoring 51 off 50 balls before India declared, one ball after he had helped a short ball from James Neesham to the fine leg boundary to bring up his hundred.

It was a fitting way to reach the landmark, since he scored a large proportion of his runs in the area behind the wicket: 57 of his runs and six of his nine fours, with the lap-sweep and late cut his go-to shots against the spinners. At the other end, Ajinkya Rahane helped an unbroken fourth-wicket stand of 58 hurry along at 6.44 an over, stepping out to play his favourite chips down the ground and inside-out drives.