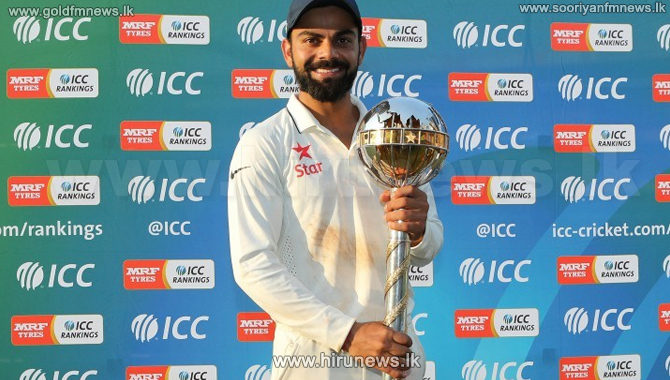 India captain Virat Kohli was on Tuesday presented with the ICC Test Championship mace for leading his team to the top of the Test Team Rankings.

The mace was presented by former India captain and ICC Cricket Hall of Famer Sunil Gavaskar at a ceremony following the team’s sublime 321 run win against New Zealand in Indore that also ensured a 3-0 whitewash – first for Virat Kohli-led side.

India were already assured of finishing at the top of the MRF Tyres rankings after winning the second Test at Eden Gardens thus regaining the position from Pakistan who had climbed up post a 2-2 draw with England.

“It’s an honour and a moment of great pride to receive the ICC Test Championship mace. To be recognised as the best in the traditional form of the game is as good as it gets for any team and stuff that dreams are made of,” Kohli said.