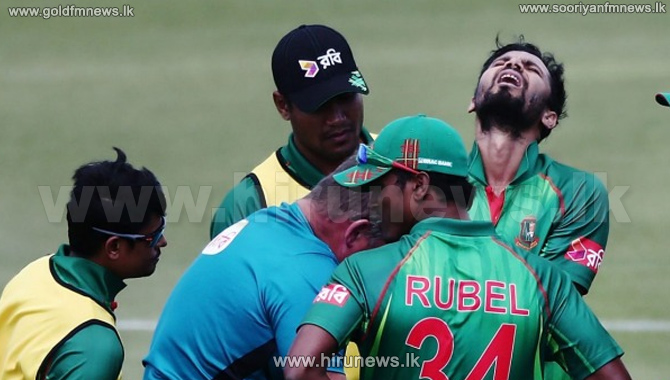 Bangladesh's limited-overs captain Mashrafe Mortaza has been diagnosed with a fractured thumb and ruled out of action for four to six weeks after he was struck on the right hand during the third and final T20 against the Black Caps in Mount Maunganui.

Mashrafe was injured after a Corey Anderson shot hit his hand during the hosts' 27-run win on Sunday to sweep the series 3-0.

"Mashrafe had an x-ray done immediately after the match and the report has confirmed a fractured right metacarpal," team physio Dean Conway said.