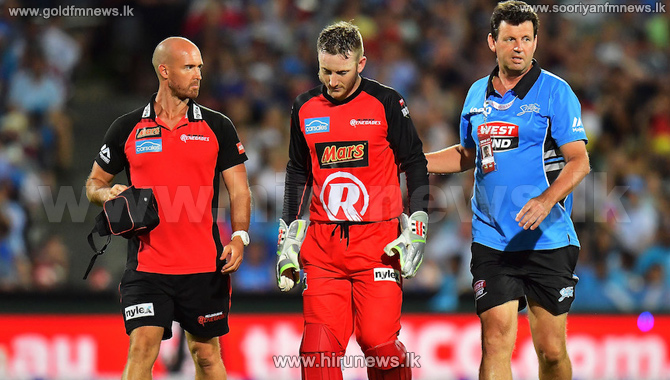 Australian wicketkeeper Peter Nevill has been ruled out for the remainder of the Big Bash season after suffering a bizarre facial injury as his Melbourne Renegades downed the Adelaide Strikers by six runs in Monday night's high-stakes encounter.

The gloveman was helped from Adelaide Oval with a suspected facial fracture and a burst blood vessel in his cheek after being struck by a bat handle.

He was taken to an Adelaide hospital for X-rays, and has since returned to Sydney, where he will receive follow-up treatment.