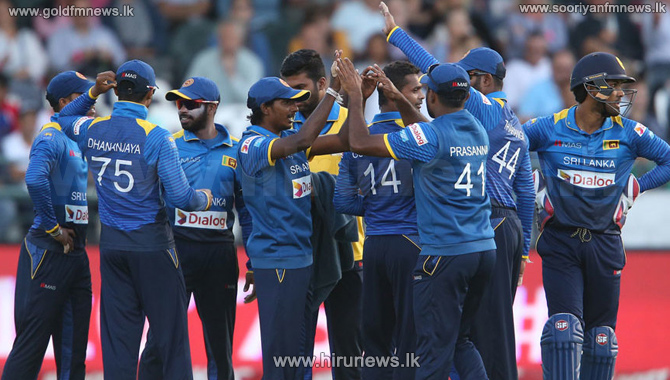 Sri Lanka was able to clinch the series and secure their first trophy on South African soil when they won the 3rd and final game against hosting team by 5 wickets at Newlands grounds in Cape Town.

South Africa having won the toss and deciding to bat first scored 169 for the loss of 5 wickets in their allotted 20 overs.

Sri Lanka team who was chasing a mammoth 170 to win the match was able to achieve this feat with one ball to spare having lost 5 wickets.

Niroshan Dikwella’s crucial 68 runs with the bat turned the game towards a possible Sri Lanka victory and Seekkuge Prasanna with his destructive 37 runs saw Sri Lanka home in a nail biting finish.

Sri Lanka has never won a Test, One Day or T20-20 series before in South Africa.

Niroshan Dikwella was awarded the Man of the Match and Man of the Series titles.