Imran Tahir accepted the sanction from the ICC for his celebration 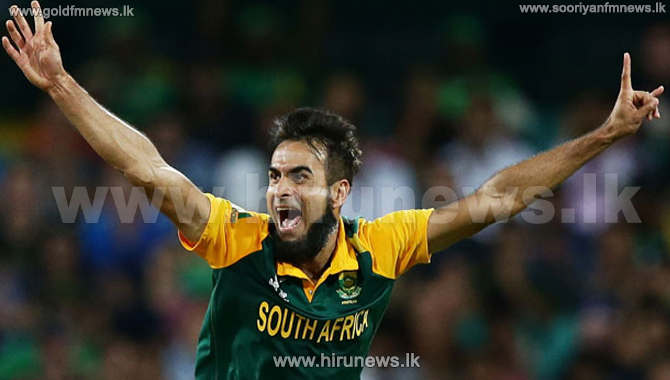 South Africa leg-spinner Imran Tahir, has been reprimanded by the ICC for a wicket celebration in which he revealed a t-shirt under his playing kit with an image of the late Junaid Jamshed, a one-time Pakistani pop icon and latterly a religious preacher.

After dismissing Asela Gunaratne in the second T20I at the Wanderers, Tahir took off into one of his typical celebratory sprints and then pulled his playing shirt over his head to reveal the image.

Tahir's reaction was quickly picked up on social media and there was initially no response from the ICC.

However, they have since reprimanded him for a procedural breach under section G1 of their clothing and equipment regulations which relates to displaying personal messages without approval.