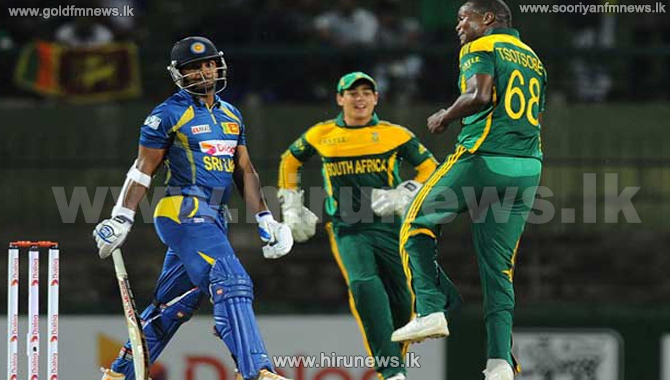 Victory gave the home side a 2 nil lead in the 5 game series.

Batting first, South Africa scored 307 for 6 in 50 overs, while Sri Lanka was unable to reach that score and ended up being all out for only 186 runs in 37.5 overs.

David Miller was not out on 117 runs, was the highest scorer for the South Africans, while Faf du Plesis supported the batting line up with 105 runs.

Man of the Match was Faf du Plessis

South African skipper, A.B De Villiers said that it was a fantastic performance from the team, and called Faf du Plessis and David Miller, outstanding.

The defeated members of parliament