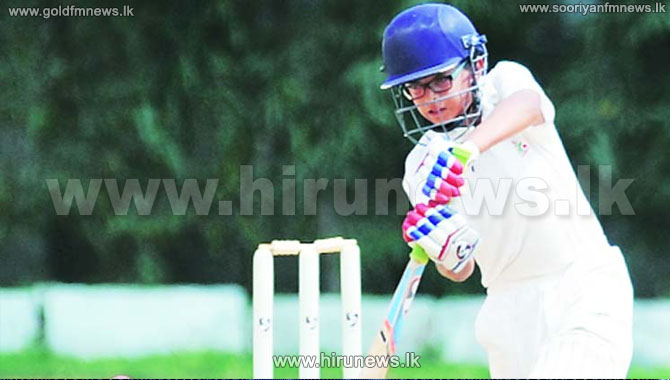 Rahul Dravid is considered as one of the most technically correct batsmen ever produced by India.
Now his sone, Samit is also seemed to be following the footsteps of his well-known father.
Playing in the Karnataka State Cricket Association's BTR Cup Under-14 tournament, Samit scored a match-winning century for Mallya Aditi International School as they defeated Vivekananda School by a massive margin of 412 runs.
Samit played a stupendous knock of 150.
However, this was not the highest score of the match as that feat went to the son of another former India international cricketer.
Aryan Joshi, son of Sunil Joshi, top-scored with 154 and together shepherded the team to a colossal 500/5 in 50 overs.
Joshi and Dravid Jr.'s efforts were backed up by their bowlers, who skittled Vivekananda School for a lowly 88.
Samit was also awarded the 'Best Batsman' in a U-12 Gopalan Cricket Challenge in September 2015.
Back then, he scored three match-winning half-centuries with scores of 77*, 93, and 77 in the final playing for his school Mallya Aditi.