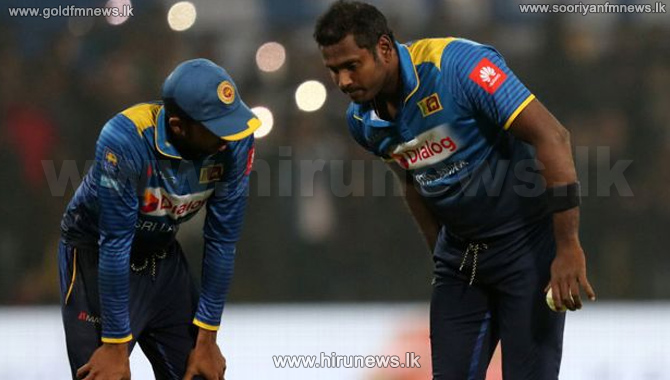 Sri Lanka's regular ODI skipper Angelo Mathews has returned to the island after it was found that his leg injury will take too long to heal.
Now he is doubtful for the Test series against Bangladesh.
It was hoped that the niggle in Mathews' right hamstring would heal quickly enough for him to take part in the back-end of the tri-nation series.
However, as has often been the case with Mathews' injuries, recovery has been slow.
The current injury is neither a strain nor a tear according to the team management, but an irritation of the scar tissue sustained from previous injuries.
Mathews first felt the irritation during the team's loss to Zimbabwe on Wednesday and has sat out the two subsequent matches.
Mathews' ongoing injury concerns are now especially problematic, since his being reinstated to the limited-overs captaincy following a five-month hiatus.
Dinesh Chandimal, the Test captain, has been leading the ODI side in his stead.