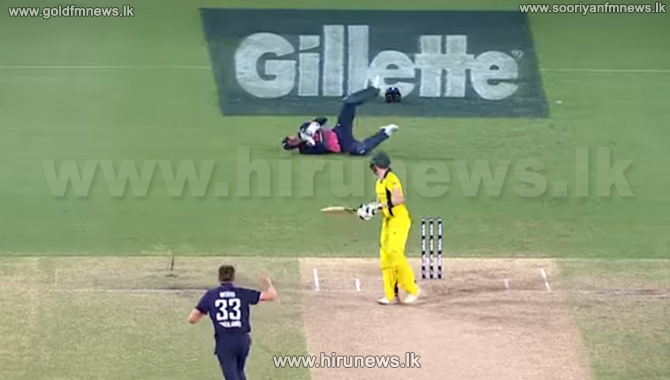 Jos Buttler's stunning century and a composed all-round effort with the ball helped England clinch the ODI series with two matches to play.
Although Marcus Stoinis kept Australia in the hunt until the final over, Mark Wood and Chris Woakes closed the game out with another smart display of death bowling.
England had been struggling on 6 for 189 when Buttler and Woakes came together but they put on an unbroken 113-run stand to take the total beyond 300.
Buttler reached his fifth one-day hundred from the last ball of the innings as England made far more than had looked likely.
He then took a contentious catch to dismiss Steven Smith at a key point in the chase as England held on to go 3-0 up by winning the game by 16 runs.
Scorecard: