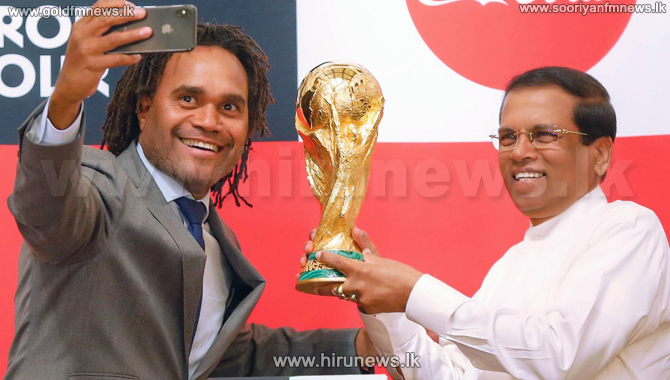 The global leg of the official FIFA World Cup trophy tour for Russia 2018 was launched at a ceremony in London.

Sir Geoff Hurst, a winner with England in 1966, Andrea Pirlo, who won the World Cup 40 years later with Italy at the Germany 2006 tournament, and Russia 2018 ambassador Victoria Lopyreva attended.

The tour will see the trophy visit 91 cities, across 51 countries and six continents.

Sri Lanka was the first destination of its global tour.

A special ceremony was held at the BMICH to mark the occasion.