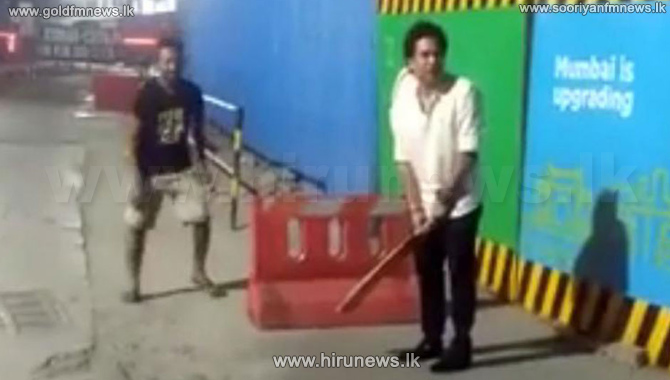 Sachin Tendulkar is regarded as one of the best batsmen in the present generation.
He retired from cricket in November 2013 after scoring 100 international hundreds, the first ever batsman to do so.
However, he is well-known for his humble attitude.
It was proved yet again recently.
Tendulkar, seeing a group of youngsters playing cricket on a busy Mumbai street had joined them after getting down from his car.
The youngsters were thrilled seeing the person walking into joining them.
He serves as the Chief Consultant of Mumbai Indians for the 11th version of the Indian Premier League, which is now underway.