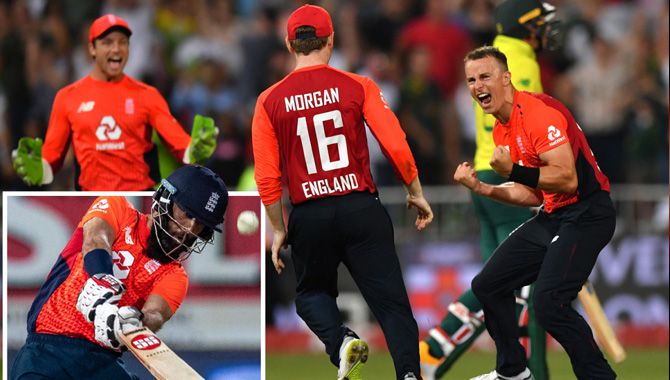 England held their nerve to level the series against South Africa with a thrilling two-run victory in the second T20 international in Durban.

The hosts needed three off the last two balls to reach their target of 205, but Tom Curran dismissed Dwaine Pretorius and Bjorn Fortuin to secure the win.

Chris Jordan had seemingly put the total beyond South Africa's reach with two wickets in consecutive balls before Rassie van der Dussen (43 not out) and Pretorius (25) fought back to leave their side needing 15 from the final over.