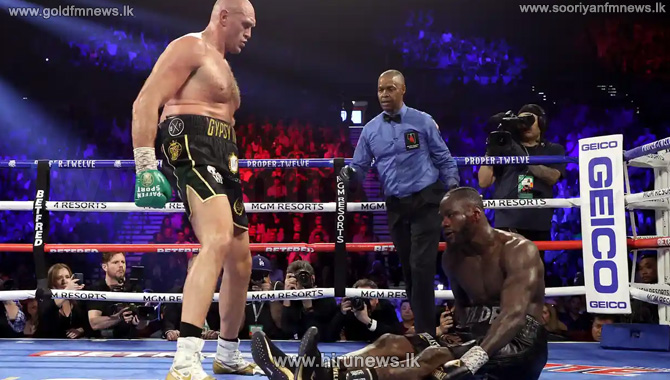 Fight referee Kenny Bayless was recognising a request from Wilder's camp, who literally threw in the towel with their man pinned on the opposite corner and unable to defend himself against a combination from his English opponent.

Fury had sent Wilder to the canvas with a devastating shot in the third round, with the American wobbly on his feet once he did get back up after a six or seven count.