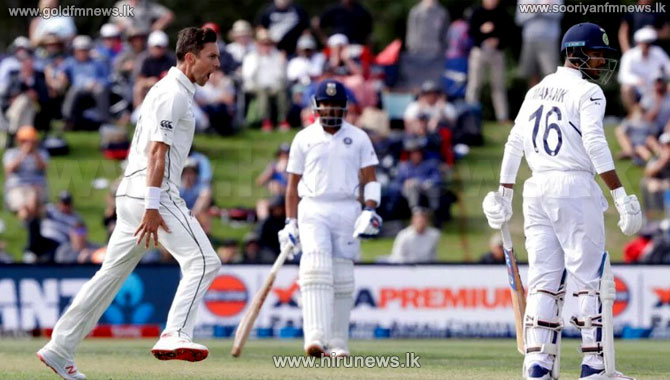 New Zealand handed India a 2-0 series whitewash, while advancing to No. 2 in the Test rankings.

Their bowlers took only 47 minutes to take the four remaining India wickets and their openers made the 132-run target look easier than it was in conditions that continued to be difficult for the batsmen in the second test.

Bating first India were bowled out for 242 but hit back strongly to restrict the home team to 235 securing a slender 7 run lead.

However, India did not have any answers to the Kiwi pacemen who bundled out the visitors for a paltry 124 runs in the second innings. New Zealand reached the target of 132 runs for the loss of 3 wickets.

This was the second defeat for India after the drubbing they received in the first Test. New Zealand won the first test by 10 wickets.