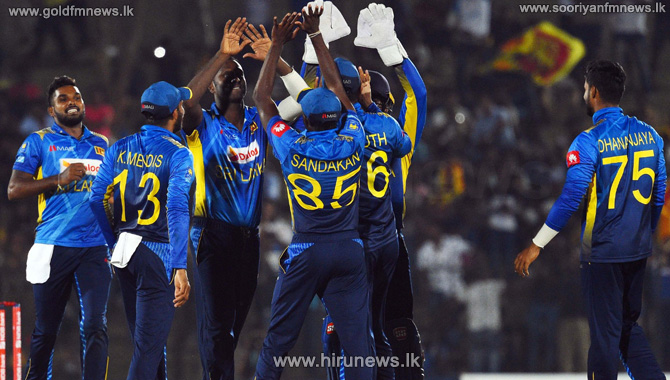 Sri Lanka won the closely contested third and final ODI against the West Indies a short while ago.

Sri Lanka won the toss and having elected to bat first scored 307 runs.

The West Indies could only score 301 runs for the loss of 09 wickets in their allotted 50 overs.

With this victory, Sri Lanka won the three-match ODI series 3-0.

The match was played at the Pallekele Stadium in Kandy.

Angelo Mathews was named the Man of Match for his magnificent bowling performance in taking four wickets.

The young Wanidu Hasranga was adjudged s man of the series for his all-round performance.