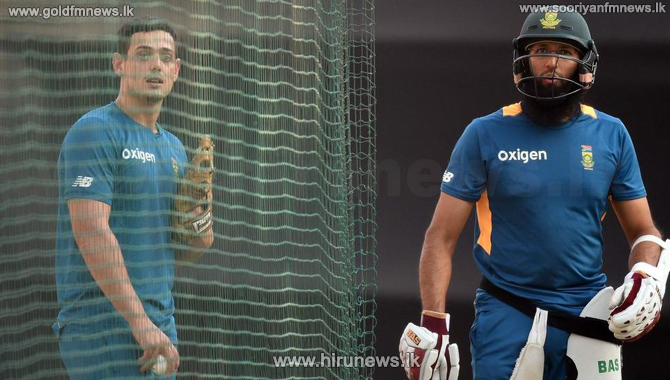 The players of the South African national cricket team will start training again next week, subject to government approval.

South Africa, which was closed due to the global Covid 19, pandemic will open in five phases and is now entering its third phase.

The Sports Ministry will grant approval for professional sports training.

The South African cricket team plans to start their national team training in three stages and is expected to hold an exhibition match later this month.

South Africa Cricket has introduced a series of health guidelines for the first phase of the training, which will prohibit using saliva on the ball.

South Africa's next international tour is the West Indies tour of July and August.

At the end of August, India will play a T20 tournament in South Africa.