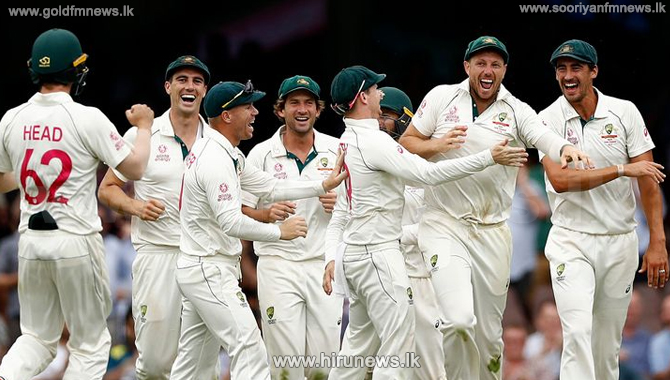 The International Cricket Council (ICC) has confirmed the World Test Championship (WTC) points system will be amended, since several matches test series have been cancelled due to the Covid-19 pandemic.

Therefore, a decision has been taken to decide the finalists on the basis of the percentage of points earned from the matches that have been played.

The ICC Board approved the recommendation by its cricket committee, headed by Anil Kumble, stating that the team's points earned will be calculated as a percentage of the points that have been acquired in the limited number of matches played. The new standings will be decided accordingly.

The decision was taken at the ICC's last quarterly meeting of the year 2020.

Before the changes were approved, India led the table with 360 points followed by Australia on 296.

However, under the new classification, India's percentage points will be less than Australia.

India will get 75% for the 360 points out of the 480 points available in the matched they played.

Australia, will have 82.2%, from the 296 points earned out of the 360 points available in the three series they have played.

Australia will take on India in a four test match series and India will be missing their charismatic captain and the mainstay of their batting after the first test, as he will be on maternity leave. Rohit Sharma has also been a notable absentee in the squad.

England, who are at number three having lost the Ashes despite the one-man heroics of their talisman Ben Stokes, will be having a packed schedule as well. A close tussle between the three team is expected while New Zealand and have a lot of catching up to do.

Sri Lanka despite the one of success with New Zealand have a mountain to climb. The once superpower of the world and dominant kings of cricket the West Indies languish at the bottom. With West Indies losing more stars for global T20 leagues, their climb in the test rankings is made much more difficult for them.

While surprisingly South Africa that has not had a great period in the cricketing history in the recent past remain just above Bangladesh.

Bangladesh is yet to record a victory and will be looking forwards to getting on the points table.