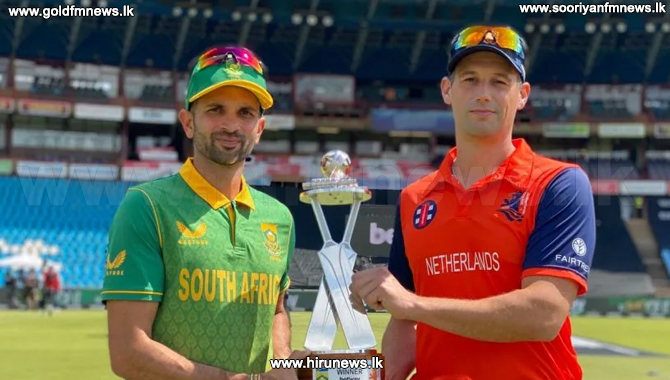 The second and third ODIs between South Africa and Netherlands have been postponed after concerns around a new Coronavirus variant, Omicron. The first match in the series, which forms part of the World Cup Super League, was washed out on Friday, leaving the teams sharing five points each. That keeps Netherlands in last place on the points table, and South Africa in ninth, outside the automatic qualification zone.

Although Netherlands will be in South Africa for the duration of the series because they are unable to catch a flight out, ESPNcricinfo understands that the players have communicated they are not in the right mental state to play. On Friday, their coach Ryan Campbell tweeted that the team played with "unbelievable pressure hanging over their heads," after travel restrictions began to affect the southern African region.

"We are disappointed by the unfortunate situation we find ourselves in, but the comfort of all visiting teams must always be paramount," Pholetsi Moseki, CSA's acting CEO, said. "The mental well-being of players is one of CSA's top priorities, and we respect our visitors' position and point of view.

"CSA and KNCB will get into discussions around possibly rescheduling the tour within this cycle of the ICC Future Tours Programme ending in 2023."

"We are saddened by these circumstances, but are grateful to Cricket South Africa for their assistance and understanding of our team's position," Jurgen Delfos, chairman of Netherlands cricket board, said. "

News of a new variant was first made public on Tuesday, November 23 and cases in the Gauteng province of South Africa, where the Netherlands series is taking place, have increased severalfold since. Although South Africa is only reporting around 2,000 new cases a day, there are concerns this will rise exponentially and stricter restrictions are due to be introduced soon. South Africa is currently on Level 1 of 5 of its restrictions, the most lenient since the pandemic began, and the first ODI was the first time since March 2020 that cricket was played in front of a limited crowd, but the government is meeting on Saturday to discuss further measures.