Wade set for promotion to No.6 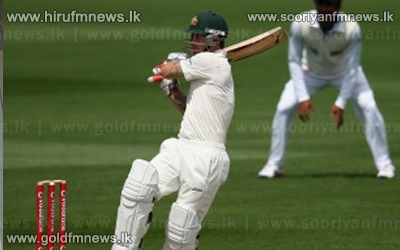 Matthew Wade is confident he can bat at the number 6 position in the Sydney Test against Sri lanka after the captain Michael Clarke declared Wade would likely move up in the absence of Shane Watson.

Usman Khawaja is on standby for Clarke, who is still carrying a hamstring niggle, but is not expected to replace the injured Watson, with the allrounder Glenn Maxwell more likely to take Watson's place.

Clarke said after the Melbourne Test that if Maxwell played he would most probably bat at No.7, with Wade to shift up to six and Clarke and the retiring Michael Hussey also moving up the list to Nos.4 and 5 respectively.