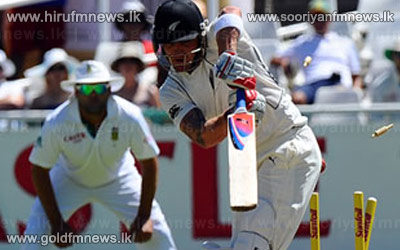 A wonderfully-crafted new-ball spell from Vernon Philander, which brought him five wickets in six overs, sparked one of the most humiliating days in New Zealand Test history as they came no nearer to finding a sense of stability following the controversial sacking of Ross Taylor from the captaincy.

The New Zealand innings, undermined initially by Philander's excellence, but becoming increasingly defeatist as it progressed, lasted only 19.2 overs as they were bowled out in the first session.

Lunch was still 19 minutes away when Daniel Flynn made a hash of a pull at Dale Steyn, leaving New Zealand to reflect upon the third-lowest Test score in their history.