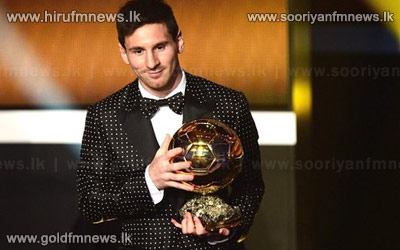 Barcelona and Argentina forward Lionel Messi has been awarded the Ballon d'Or for a fourth year running.

Despite his goals, the Catalan giants failed to win either the Spanish league title or Champions League last year.