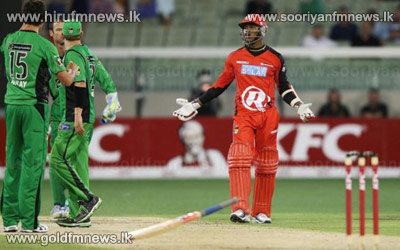 Australian bowling great Shane Warne apologised Tuesday for the foul-mouthed T20 confrontation that earned him a ban and a fine, and said he hoped he had not tarnished his legacy in the sport.

Warne admitted he had gone too far in his on-field row with West Indian batsman Marlon Samuels in Australia's Big Bash League but defended his right to show "emotion and passion".

He added and I quote: "I'm very passionate when I play the game. I overstepped the line and hence I'm missing a game" unquote.