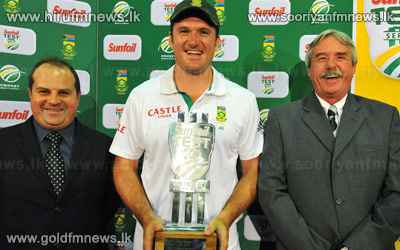 South Africa wrapped up a resounding win over New Zealand in the second Test to complete a 2-0 series victory.

Paceman Dale Steyn took three wickets on the fourth morning as the tourists were reduced from 203-5 to 211 all out, losing by an innings and 193 runs.

It is also the second largest victory margin in Tests in Port Elizabeth.