Wade clears the air with Healy 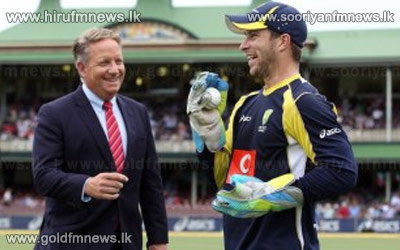 Matthew Wade has met with Ian Healy in Brisbane ahead of Friday's third one-day international against Sri lanka and cleared the air over Healy's strong criticism of Wade's wicket keeping last week.

Wade said he took Healy's words as "constructive" and believed that while he had made a reasonable start to his international career over the past year, he knew the time had come for him to "go up a level".

Wade is back in Australia's ODI squad after being rested for the first two matches and in the lead-up to the one-day series he was the subject of harsh judgment from Healy, who during a radio interview said Wade had made all sorts of mistakes during the Test summer.