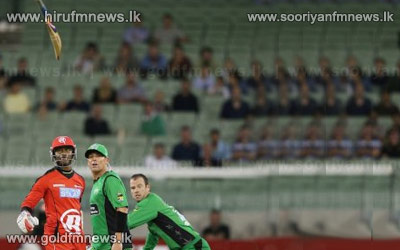 Marlon Samuels has accused Shane Warne of "desperate" behaviour unbecoming for a legend of the game after escaping with a reprimand for his part in an ugly confrontation with Warne during the Big Bash League.

Samuels also called for BBL organisers to adopt a more disciplined attitude towards player behaviour to ensure the right example was set to the family audience that the tournament is so anxious to attract.

Samuels was found guilty of unbecoming behaviour in his confrontation with Warne during the Melbourne derby between the Renegades and the Stars on January 6th.

He threw his bat away in frustration after he was struck on the body by a return from Warne, but the BBL's Code of Conduct commissioner John Price ruled that he had received "extreme provocation".