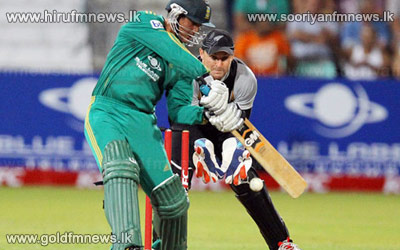 Five runouts were the undoing of an inexperienced South African batting line-up, which saw them go down by 27 runs to New Zealand at the De Beers Oval.

South Africa will play the 3d and final ODI in Potchefstroom on Friday.

Set a target of 280, the Proteas appeared to be cruising and were well ahead of the run-rate with wickets in hand. At the end of 25 overs, South Africa were 135/1 compared with the Black Caps’ 106/2 at the same stage.