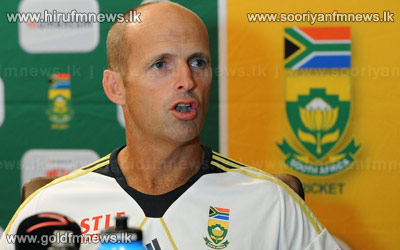 South Africa coach Gary Kirsten says he is undecided on whether AB de Villiers will return as wicketkeeper in one-day cricket.

De Villiers hinted that he is overburdened with captaincy and keeping wicket but Kirsten said that no final decision has been taken on who will take the gloves in one-day cricket moving forward.

De Villiers has been South Africa's wicketkeeper in all forms since Mark Boucher was forced to retire from an eye injury sustained in a tour match in England last summer.