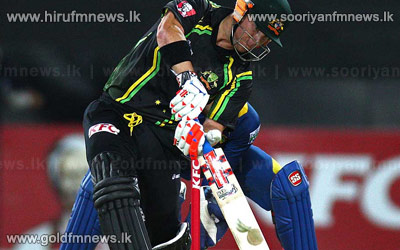 Thisara Perera blasted back-to-back sixes to deep mid-on to bring up the target with seven balls remaining and five wickets in hand, with the tourists finishing at 5 for 139.

Perera finished unbeaten on 19 whilst skipper Angelo Mathews reached 34 not out.

The home side could not rise to the occasion as they made a meagre 3 for 137 from its 20 overs.

David Warner set a new career-high score, carrying his bat for an unbeaten 90 off 62, but he was the only Australian to make much of a dent on the scoreboard as his top-order colleagues fell around him.

In response the Sri Lankan openers made a good go of the chase, with Kushal Perera making 33 off 22 and Lahiru Thirimanne 20 off 15 providing solid innings.

The second Twenty20 clash between these two sides is on Monday at the MCG.